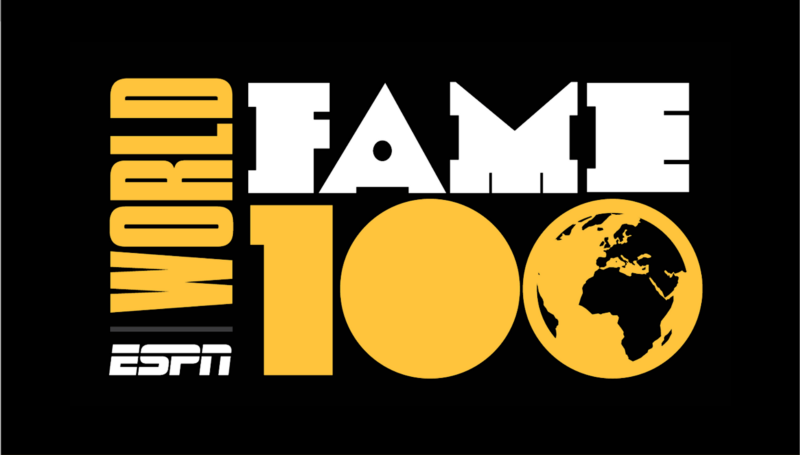 The ESPN World Fame 100 is an attempt to create a ranking, through statistical analysis, of the 100 most famous athletes on the planet. ESPN director of sports analytics Ben Alamar created a formula that combined athletes’ salary/winnings and endorsements with their social media following — Facebook, Twitter and Instagram — along with Google search popularity to create a comparative ranking system.

We started off by making a Twitter list which includes these athletes. Or the 94 out of 100 which are on Twitter. (More on the missing 6 later). Check it out to get a combined stream of all their tweets and interactions on Twitter.

While ESPN has not published the actual weighting and normalization formula, we assume they treated these as having zero Twitter followers. Obviously they made the cut on factors (wins/loss/salary) other than social media.

The NFL stars are overrepresented here. Or could it be that they are not with the Twitter generation? And perhaps Tom Brady leaves Twitter to Gisele and her 4.2M followers.

For the 94 that are on the list, we crunched some numbers. These are the median numbers for these 100 famous athletes when it comes to Twitter.

And here are the athletes with the most for each of these categories.

Build your own lists

Making a list is just the beginning. Subscribe to the ESPN World Fame 100 list and keep up with these athletes on Twitter. Once you build lists, you can also find insights and trends within activity.

If you are interested in automating list building and deeper analysis, sign up for ScoutZen. Tell us your needs and see how we can help you.