ScoutZen lets you sync your scout results to Twitter lists. This feature has been getting increasingly popular, and we have made some changes to make it efficient while giving users full control over what gets synced. The improved sync policy enables several interesting use cases, which we will describe in more detail below.

As you might have noticed, we have spruced up the scout results page. Instead of one profile per row, on desktop and tablet form factors, each row displays three mini-card style profiles.

Mark With a Star

Each profile includes a star as the first action at the top right. Use it to mark people who you consider important or want to find easily. An already starred profile simply shows an orange star instead of a clickable button. These “starred results” can be easily accessed by selecting “Starred” from the Actions dropdown.

Within the Starred results listing, any item can be “Unstarred” if you no longer want it marked special.

Starring results is thus a great way to organize people for follow-up. In effect, you can conveniently build a list within the scout results, with a quick indication (star) that you have done so.

So its only natural that you would want to turn these starred results in to a Twitter list. If you have not done so yet, check out our primer on Twitter lists and their many benefits.

Setting up the sync is easy, either via scout settings, or directly from the starred results page.

As before, start by providing the Twitter list name. If the list does not exist, it is created automatically. Newly created lists can be specified to be public or private as appropriate. The sync can be temporarily disabled, but generally you would start by checking “Enable Sync” and save the settings.

With these policies, it is possible for multiple scouts to sync to one Twitter list. Starred items from all the different scouts will be added to the list. Unstarred items will be removed, provided they are not starred in other scouts syncing to the same list.

Of course, as before, every scout can sync to its own Twitter list. The target list can be changed at any point, in which case the new list will be initialized with all previously starred results.

For search scouts, you can view the tweet which led to the match and inclusion within the scout results. 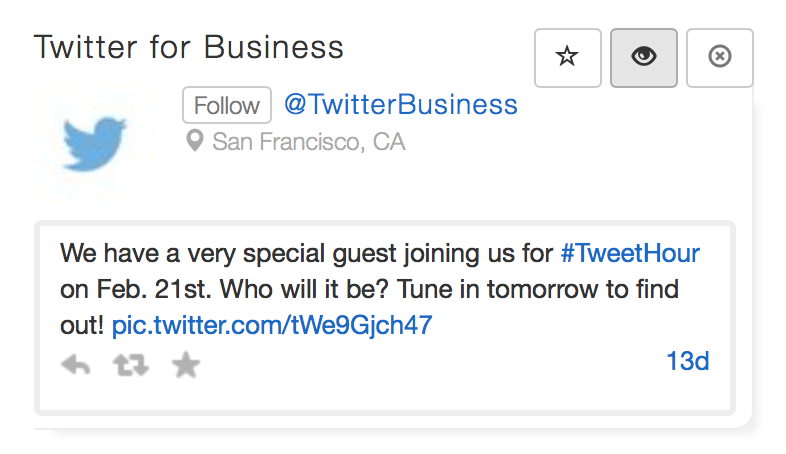 We believe these changes will let you curate Twitter list members more effectively, while being selective and increasing awareness. In particular, you can star results in conjunction with the search and sort features. For example, find people with a keyword, sort them by number of followers, review their profile at a glance and star them. Its easy to star hundreds of items within a few minutes, while gleaning a lot of understanding about the results.

Syncing to Twitter lists is just one more way ScoutZen can help you with marketing and outreach. Stay tuned for more news on this and other features!